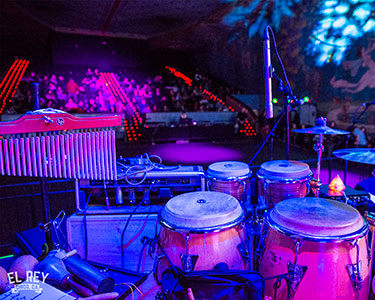 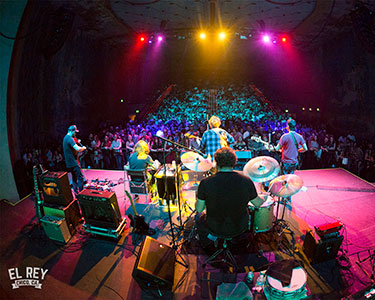 14 days after it’s opening, on April 23rd 1906, it showed it’s first set of motion pictures, a series called “Whitney’s Celebrated Life Motion Pictures”, that consisted of six or more short films of everyday life and included titles such as “Scenes Of The Russian Revolution”, “Great Mine Disaster”, “The Fire Bug” and “Spanish Bullfight”. It also screened a film of the Chico fire department that would have been produced locally.  This screening date officially makes The El Rey Theater the longest continuously operated movie theater in California and the 3rd in the entire US!

On March 8th 1924 the National theater chain of San Francisco acquired The Majestic, as well as several other theaters in Chico, and renamed it The National. It operated as The National for a relatively long period from 1924 until 1939. In 1939 the owners, T&D Jr. Enterprises (which later became United Artists Theatre Circuit), reopened the theater as The American.

The American theater prospered in the early 1940’s within the heyday of pre­war and wartime cinema only to have that prosperity cut short on October 24 1946 when an arsonist started a fire that tore through the interior of the theater. The Chico Police caught the arsonist a week later, but the damage had been done. The owners at the time, T&D Jr. Enterprises, vowed it would reopen and a little over a year later, it did.

When it reopened in 1948, it was renamed the El Rey, because the owners had a sign that was the only feature to survive a fire at one of their other theaters, The El Rey, in the Bay Area.  The El Rey continued to screen first run films until 2005, when the competition from the new local multi screen cinema became too great, and was scheduled to be gutted and converted into office and retail space with parking. However, in late 2007 it re­opened as a specialty cinema house and live performance venue.

In 2017, The El Rey was acquired by new ownership. The new owners immediately commenced work on a moderate renovation of the historic theater, investing in entirely new state-­of­-the-­art sound, lighting, and high-­definition LED video wall production. The El Rey is dedicated to becoming Chico’s premier performance and event venue. The new owners hope to one day raise enough funds to fully restore the entire building and bring it back to its former glory as The Majestic.

The El Rey Theater is the perfect location for your next event. Please contact us directly and let us know about the event you’d like to host at the El Rey. Please include the following information: requested date and hours of event, contracting organization (“presenter”), type of event, performers, and anticipated number of attendees.

***Our rental pricing is customizable. Please contact us directly to inquire details. We’d be happy to host your next event!